The Winner of last Edition 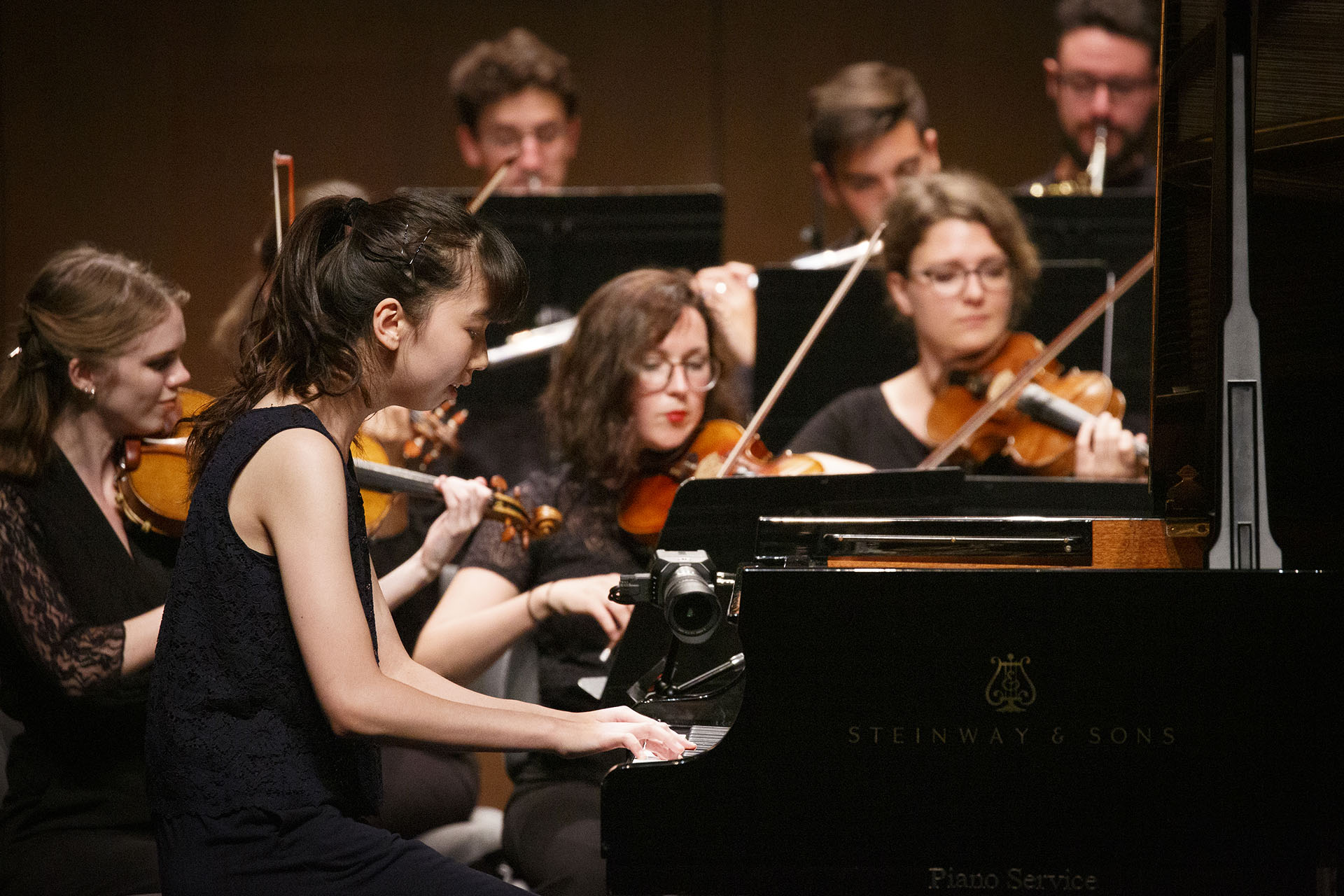 Hyelim Kim is a 23-year-old Korean pianist. She made her debut at the young age of 10 winning numerous competitions in her country, South Korea. After moving to Germany for her Bachelor's degree at Robert Schumann Hochschule, her international career began. She took part in prestigious competitions as the Clara Haskil Competition, where she won the public prize/special prize (Children's Corner Prize) and performed with Zermatt Festival Orchestra conducted by Christian Zacharias. In addition to this success, she won also First Prizes at Steinway&Sons Förderpreis in NRW and Rometsch Competition in Düsseldorf. She performed in the masterclasses of Robert Levin, John Perry, Felix Gottlieb, Pavel Gililov, and currently, she is studying with Georg Friedrich Schenck at Robert Schumann Hochschule. In 2020, Hyelim Kim earned the First Prize of the eighth edition of "Premio Annarosa Taddei" International Competition for Young Musicians.

Clicck here to see her performance

Cookies are short reports that are sent and stored on the hard drive of the user's computer through your browser when it connects to a web. Cookies can be used to collect and store user data while connected to provide you the requested services and sometimes tend not to keep. Cookies can be themselves or others.

So when you access our website, in compliance with Article 22 of Law 34/2002 of the Information Society Services, in the analytical cookies treatment, we have requested your consent to their use. All of this is to improve our services. We use Google Analytics to collect anonymous statistical information such as the number of visitors to our site. Cookies added by Google Analytics are governed by the privacy policies of Google Analytics. If you want you can disable cookies from Google Analytics.

However, please note that you can enable or disable cookies by following the instructions of your browser.